Baseball history is perhaps one of the most fascinating studies in that the sport has been played in some form or fashion within the United States since the colonial times if not earlier. Some aspects of history shared between the two can be directly connected while others are more Baconesque (I am showing my age with that reference) in their degrees of separation. I suppose that today’s article is in the spirit of the latter in terms of connection but there are certain specific details that are decidedly of the former. Bear with me…

The bonds shared between the U.S. Armed Forces and the game might have been formed well before the pre-American Civil War as noted in the writings of Henry Dearborn, a major general in the Continental Army (having served under General Benedict Arnold), made mention of what some baseball historians as the earliest military-baseball reference:

“In the spring of 1779, Henry Dearborn, a New Hampshire officer, was a member of the American expedition in north central Pennsylvania, heading northwards to attack the Iroquois tribal peoples. In his journal for April 3rd, Dearborn jotted down something quite different than the typical notations of military activities: “all the Officers of the Brigade turn’d out & Play’d a game at ball the first we have had this yeare. — “ Two weeks later he entered something equally eye-catching. On April 17th, he wrote: “we are oblige’d to walk 4 miles to day to find a place leavel enough to play ball.” On the face of it, the two journal entries might not seem all that startling, but to baseball historians they should be sort of front-page news. For Henry Dearborn was one of several, if not more, soldiers who played baseball, or an early variant of it, during the Revolutionary War, a good sixty years before another military man, one Abner Doubleday allegedly invented the game in the sleepy east central New York village of Cooperstown.”

– Excerpt from “A Place Leavel Enough to Play Ball”: Baseball and Baseball-type Games in the Colonial Era, Revolutionary War, and Early American Republic by John Thorn from his blog, Our Game. 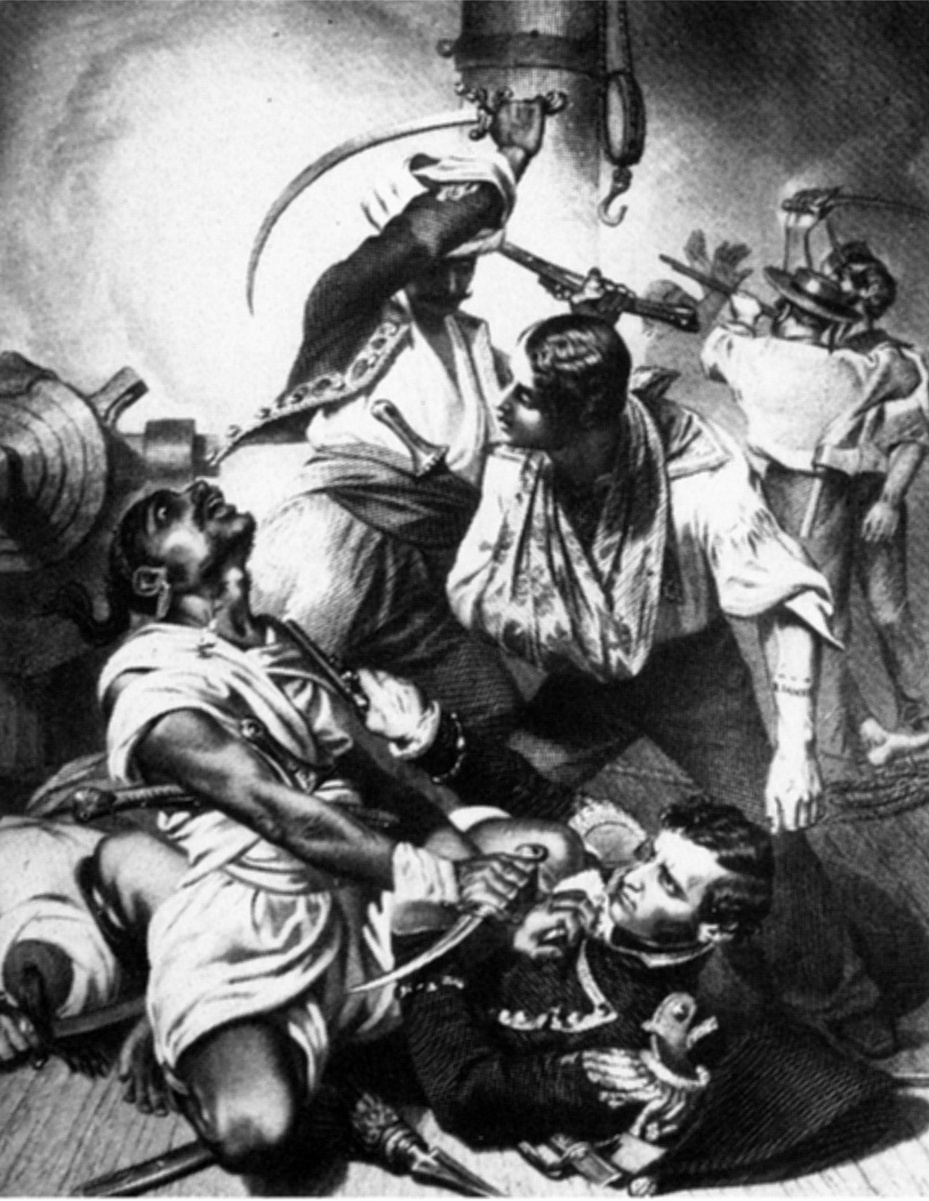 With early baseball and Town Ball being played within the newly-established United States (which also included the English game, Rounders), it isn’t too difficult to imagine young American boys embracing the game in the late 18th century in Massachusetts, Pennsylvania, New York or Delaware, the home state of the Reuben James. History looks back on this man, who enlisted into the U.S. Navy aboard several ships, including the USS Constellation (one of the Navy’s first six frigates). Some readers may recall this sailor’s name as three American warships have carried his name in the 20th Century. The Navy chose to honor James for his service during the Barbary Wars while he was under the command of Stephen Decatur. The action that the young boatswain’s mate is honored for took place during a gunboat battle on August 3, 1804 and Decatur led a boarding party aboard the enemy vessel. The hand-to-hand combat that ensued was a bloody affair as sabers and edged weapons clashed. Decatur was engaged with an enemy sailor when James, seeing his commander about to receive a deadly blow from the Barbary sailor, heroically placed his own body in the way, allowing the blade to strike him and sparing the intended target. Decatur was spared and though the blade struck James, he would survive the battle, living into his 60s before passing away in Washington D.C. in 1838. 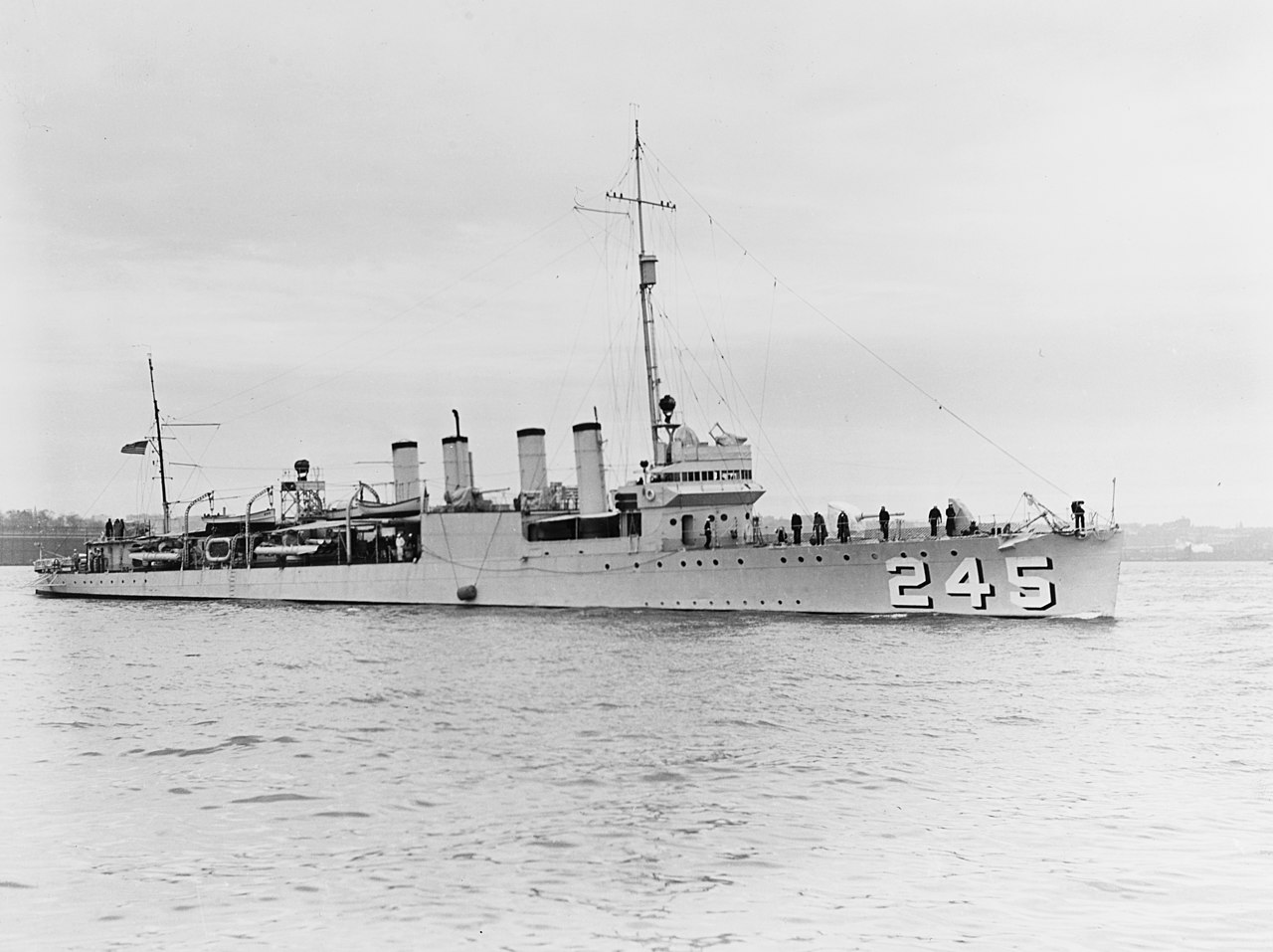 The first USS Reuben James (DD-245), a four-pipe Clemons Class destroyer, was commissioned 97 years ago on September 24, 1920. The Reuben James spent the majority of her career serving in the Atlantic Fleet. One of the most notable events of her service was as the USS Olympia‘s (Admiral Dewey’s Spanish American War flagship) escort in returning the Unknown Soldier home from France in March of 1921.  In 1939, Germany, having commenced with hostilities in Europe, President Franklin Roosevelt having agreed to supporting the allies by supplying the British against the forces of the Third Reich. Reuben James had been engaged in protecting the supply ships in the early convoys from the Eastern Seaboard to England. On Halloween morning, 1939 while escorting Convoy HX-156, Reuben James was torpedoed by U-552.

A few years ago, while searching for vintage photographs depicting baseball in the armed forces, I found a pair of images that depicted a game being played in Europe in 1921, featuring sailors from the USS Reuben James (DD-245). These two images (one of the actual game and the other a posed team photo) bore handwritten inscriptions on the reverse of each.

A USS Rueben James (DD-245) batter at the plate and a catcher read to receive. The field is lined with sailors in their service dress blue uniforms. The inscription on the image reverse sates that the game was played in Pola, Italy (94 km SW of Venice) in 1921. — at Pola, Italy.

It was my hope that with the specific information contained within the inscriptions that I would be able to discover details of at least their port visit in Italy or to uncover operations in connection with the dates and service within the Mediterranean Sea. Considering the DD-245’s escort service with the USS Olympia in March of 1921, it is possible that this game was played prior to the James’ participation in the return of the Unknown Soldier to the United States.

In February of 1921, the USS Gilmer (DD-233), was undergoing emergency repairs to her starboard screw and shaft having suffered damage from an unseen, submerged object. Their ship in drydock in Pola, Italy, it seems that the crew could most-likely be available for a game against a team from a sister ship. However, according to the inscriptions on my photos, the game was held in Briolini which is nearly 400 kilometers away from where the Gilmer was being repaired. Given the timeline of both ships, it seems that the game would have been held between February and March of 1921.

This photo shows sailors from the USS Rueben James (DD-245) in their team baseball uniforms along with sailors in nondescript baseball uniforms as well as sailors in service dress whites.
The image caption mentions a game played against the USS Gilmer (DD-233) a sister ship of the Clemson class.
The game was played in Brioni, Italy (about 76km from Venice) with Rueben James downing the Gilmer, 27-14. — at Brioni, Italy.

If I am afforded the opportunity to access records within the National Archives, perhaps I can better document this game between these two ships.