The U.S. Navy maintained a base in Pago Pago, American Samoa from 1899 to 1951. The lettering across the chest seems to indicate that the jersey was used by naval servicemen during the 1920s in Samoa (source: eBay image).

This uniform showed up on eBay in January of 2013 and is described as a “1920s Wilson baseball uniform.” The design of the collar and sleeves is a definite indication of a uniform from the late-1910s to the early 1920s. The tag indicates that it was made by “Thos. E. Wilson and Co.”  This particular tag seems to indicate that the uniform dates specifically to the years 1926-1930 (in 1931, with the name change to  the Wilson Sporting Goods Company, a different name appeared on their product labels).

Research is currently pending regarding the baseball team fielded by this command. The US Navy operated a base on Tutuila Island in American Samoa until 1951. Baseball was being played by military personnel stationed on remote installations from Samoa to Guam and China in the early parts of the 20th Century (see Obscure Military Baseball Jerseys – Rare Finds or Fabrications for more details). 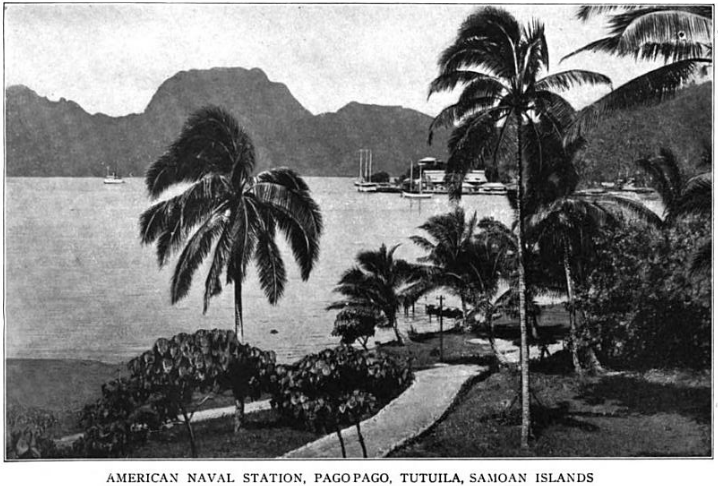 This view of the Tutuila Naval Station on Pago Pago (Samoa) shows how the base may have appeared around the time that this uniform was in use.

Archive of Navy Uniforms and Jerseys