Our mission to capture and preserve military baseball artifacts has directed the pursuit of materials in the form of printed matter that provides documentation of specific leagues, teams and even games that were played that included at least one service team. Ephemera such as game programs, scorebooks an scorecards provides incredible details such as roster configurations and player data (age, hometown, previous professional teams, etc.) which serves to provide researchers with invaluable historical data. With the Chevrons and Diamonds Library of Military Baseball Scorecards, Score-books and Game Programs, not only are we showcasing these historical treasures but also providing our collector colleagues and other researchers with a searchable online resource.

Our library predominantly consists of artifacts that we have curated for our own collection however, when we find pieces that we ultimately fail to secure, we strive to capture the images and data contained within each piece that slips through our hands. The current count of scorecards, programs and scorebooks displayed within our archive has been stalled at 20 pieces (15 of which are part of the Chevrons and Diamonds collection) for nearly a year. However, that tally does not reflect the actual number of pieces that have been acquired in the last 12 months. The reason for the lack of attention afforded to our online archive is merely a matter of prioritization of our research and writing projects in conjunction with priorities outside of the realm of baseball militaria. 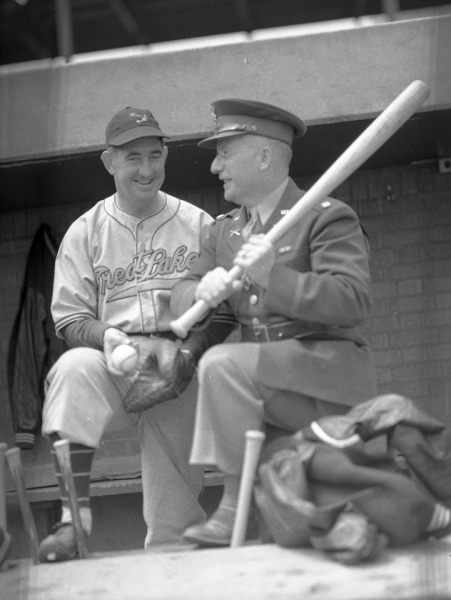 Our online archive attracts a fair amount of readership traffic proving that this undertaking provides a measure of benefit for our intended audiences. Aside from measuring visitor statistical data pertaining to this online archive of ephemera treasures, we have received feedback from colleagues that have eagerly provided us with scans and images of pieces within their own collections to add to the list in order to enhance the library. In the past few years since we provided this reader-submission functionality, we have received a few additions to our library. Sadly, not everything that was sent to us has yet been added to the library. 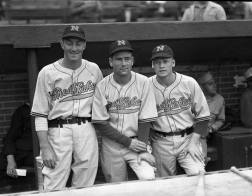 Ephemera collectors tend to be a bit of a rarity within the larger arena baseball memorabilia. Rarer still are those collectors who seek out historical paper from military or service games. When a colleague reached out to us regarding his collection of scorecards, programs and scorebooks from games featuring the wartime Great Lakes Naval Training Station ball teams, we were thrilled, to say the least, with the prospect of adding his incredible collection to our online resource.

One could assert that of the service teams that played ball during World War II, two of the best (if not THE best) teams were from the Navy’s largest recruit training stations. On the Atlantic coast, the Norfolk (Virginia) Naval Training Station Bluejackets team was the product of Captain Henry McClure and Chief Bosun Gary Bodie and in the Midwest, another Bluejackets team based at the Great Lakes Naval Training Station (located north of Chicago, Illinois on the western shores of Lake Michigan) was managed by former Philadelphia Athletics and Detroit Tigers great, Lieutenant Commander Mickey Cochrane. During Cochrane’s leadership of the Great Lakes team from 1942 through 1944, the team amassed a combined record of 163 wins against 26 losses (and one tie) against competition ranging from major and minor league clubs, other service teams and industrial teams. Cochrane would reach out to ballplayers (who had not yet been drafted or enlisted for wartime service) and recruit them to join the Navy with the notion that they would play baseball for his team for the season.

Catcher Sam Harshaney of the 1942 Bluejackets team (Courtesy of the Chuck Ailsworth Collection).

Chuck Ailsworth, a collector from Michigan, offered to provide Chevrons and Diamonds with scans of his collection of seven Great Lakes Naval Training Station scorecards (three from the 1942 season, one from 1943 and three from 1944) along with his assortment of (George Brace/George Burke) photographs of various team personalities and were delighted to accept. In discussing Mr. Ailsworth’s interest with the Great Lakes baseball club, he explained that is inspiration stems from his father’s Korean War-era service, predominantly spent at the home of Mickey Cochrane’s Bluejackets, a few years removed from the end of WWII.  Mr. Ailsworth explained, “Great Lakes during Korea was not the same as during WWII,” he wrote.  “But I still learned a bit about the team from my dad and then learned on my own that they may have been the best team in baseball during most of the war.” Remarking about the dominance of Cochrane’s teams during the war, Chuck stated, “That always fascinated me, the idea that a bunch of GIs could beat the best MLB had to offer.” However, history shows that Cochrane’s teams’ rosters were populated by seasoned ballplayers from the highest levels of the professional game.

For researchers who focus on details such as roster make-up, having multiple scorecards from a season provides greater insight into player movement on and off the list of players throughout the year. While many sources cite a fixed roster of names, these scorecards show that what was previously established for the Great Lakes teams under Cochrane overlook names that the manager fielded throughout those seasons. 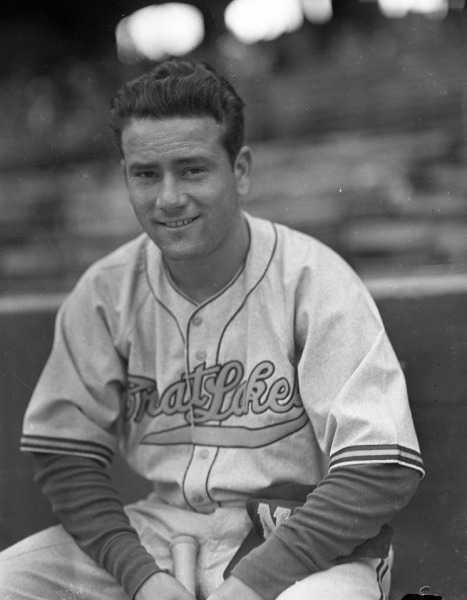 Without a doubt, these seven scorecards are truly invaluable as they provide both an identification resource (for collectors seeking their own Great Lakes scorecards) and an historical record not easily obtained through box scores or newspaper clippings.